You are here: Home / leejackson / I just got a big award and I was, ironically, speechless… 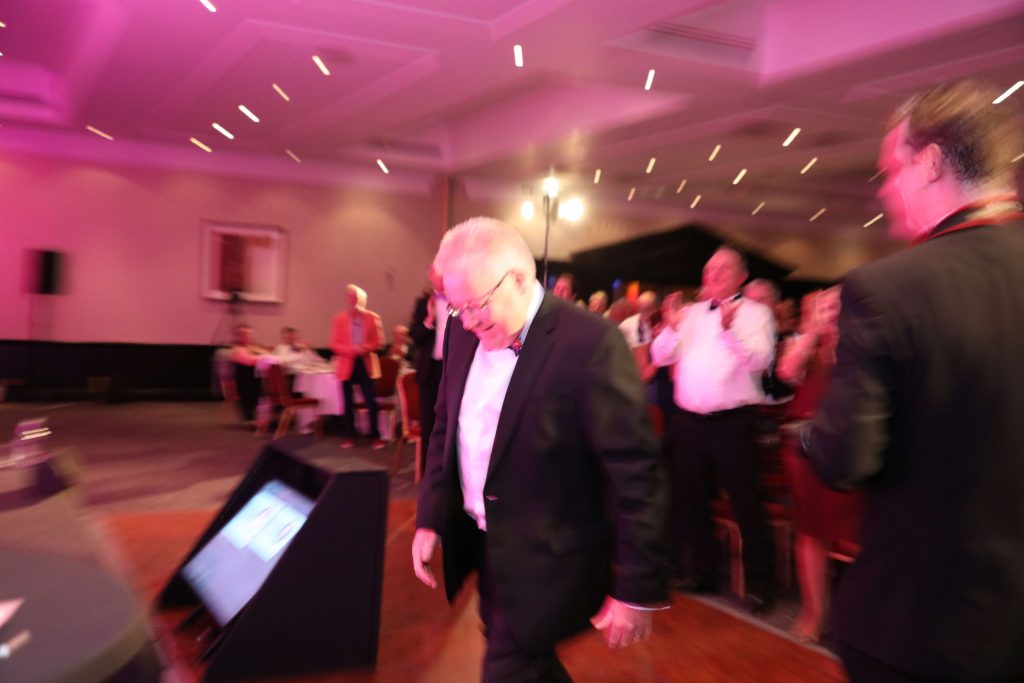 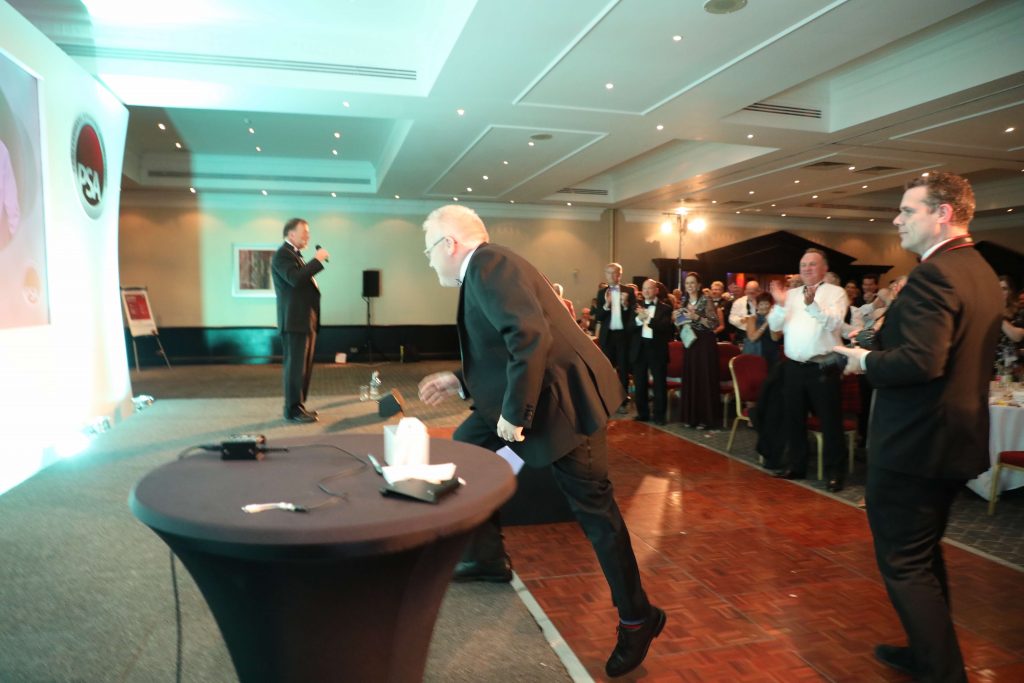 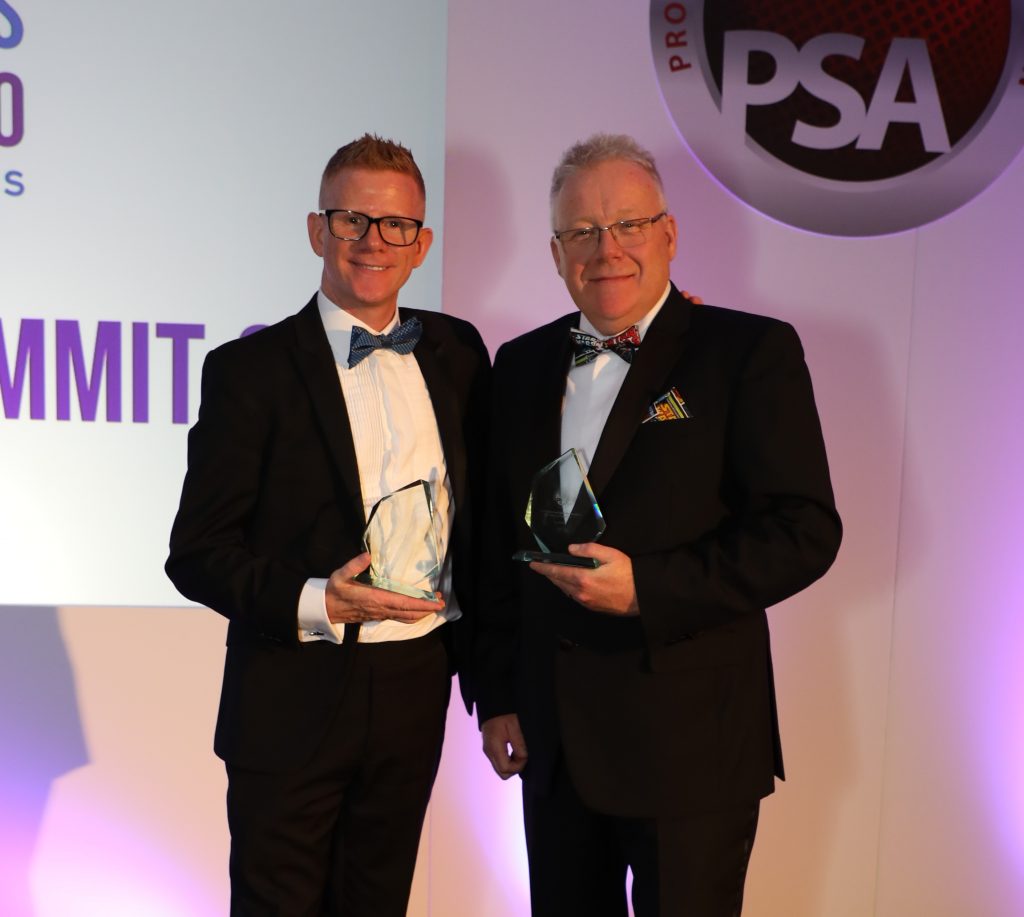 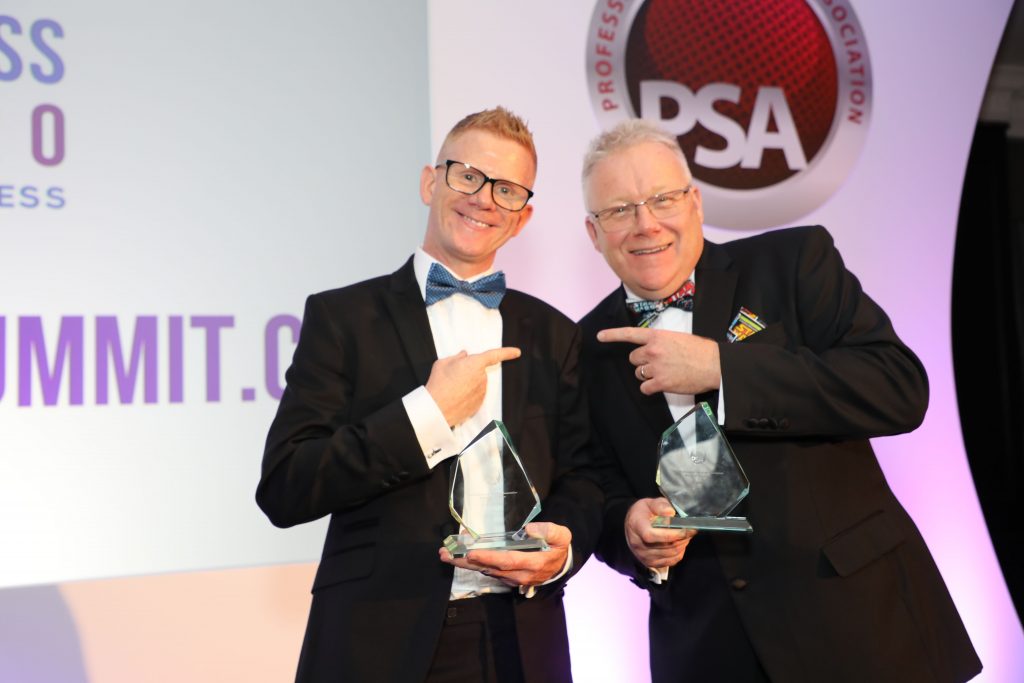 Wow.
It was an honour last weekend to become one of only 25 people ever in the UK & Ireland to receive the PSAE (the Professional Speaking Award of Excellence) from my senior peers in the PSA.
I was genuinely speechless, which I guess was, indeed, ironic given the nature of the award!
Me and Richard McCann were sharing a room at the conference and both got the award together representing Yorkshire, which made it even better, as we have worked together many times over the years.
I am so grateful for my friends, colleagues, mentors, clients and supporters on this journey over the last few years.
But reflecting on this, as much as it is lovely to get a big award, that is never my focus, my focus remains not on me as a speaker (because that would be weird!), but on my clients and how I can serve them and make their event go well.
From the PSA website...
"PSAE...is our highest award and is given to Members or Fellows of the PSA who have consistently demonstrated platform excellence and professionalism in addition to making a contribution to the PSA."
So, if you need an award-winning(!) speaker please do get in touch.
(Thanks to Peter Thomas for the photos capturing my joy and surprise too)
The Press release...
Lee Jackson Press release Tuesday, 8 October 2019
Putting Yorkshire on the map for in the UK Speaking Industry
One of Yorkshire’s most experienced motivational speakers and speaking coaches has just won the most prestigious award from the UK’s trade body for professional speakers, the Professional Speaking Association UK (PSA UK & Ireland).
Leeds-based speaker Lee Jackson has received a Professional Speaking Award of Excellence (PSAE) this weekend at the organisation’s annual conference.
Helping others to speak better
The PSA was formed in 2003 and is the professional body – to “speak more for the UK & Ireland Speaking industry. The award of excellence has only been awarded 23 times in its history and currently has over 600 members. It recognises members who have not only succeeded as speakers with excellent platform skills, are ambassadors of the association but have gone the extra mile in supporting other speakers around the UK.
Lee Jackson has over 25 years of experience as a speaker delivering in schools, organisations and businesses. Lee is well known for his Get Good At Work Keynote talk and his Get Good At Presenting Speaking Masterclasses.
His funny, down-to-earth approach to presenting is well received by audiences from in Yorkshire and internationally too. He has been a member of the PSA since 2008 and was the PSA UK & Ireland President in 2017.
A passion for developing people
Lee has a passion for motivating people to be the best they can be, and their mission is grounded in excellent communication skills.
Lee Jackson said, “I’m also honoured to have received the award. It’s a privilege to be able to be able to help others to communicate better and achieve more in life. Being able to present to an audience is a great life skill to develop.”
For anyone wanting to develop as a speaker either to further their careers or even to become professional speakers themselves, they can find more information on the PSA at www.thepsa.co.uk
Further information:
Lee Jackson
0113 2170081
07977039015
www.leejackson.biz
lee@leejackson.biz