How helpful is this?

Never be stuck for words in a report again 🙂

Beating Procrastination is Easy – Once You Get Moving | Dumb Little Man

Saying Thank You by Zig Ziglar

US President Theodore Roosevelt has been described as founder of the Bull Moose Party, the man who led his troops up San Juan Hill in the Spanish-American War, a big game hunter, family man, civic servant and a host of other things.

His life story indicates that he was not only an extraordinarily successful man, but surely one of the busiest and best organized ever. However, with all of his “busy-ness” . . . he still retained some of those human qualities that made him so successful.

Simple example: He never forgot to thank others who did things for him. On his whistle-stop tours during his campaign trips, he always left his private car to thank the engineer and fireman for a safe and comfortable trip. True, it took only a few minutes of his time, but when your minutes are so few, they are quite important. He felt that those minutes were well invested and he enjoyed meeting the people who had served him so well. In the process he made friends for life. Doing simple little things endeared Roosevelt to people all across America, which certainly was a significant reward for the few minutes it took him to say thank you.

Someone once said that you could always tell a “big” man by the way he treated a “little” man. By that yardstick alone you would have to agree that Theodore Roosevelt was a “big” man.

Message: Take time to be kind and to say “thank you.” The returns can be so great that I definitely will SEE YOU AT THE TOP!

As I often put it – if someone is nice to you but rude to the waiter, beware!

I had coffee yesterday with Rachel Walmsley from Succeed Training and Development, not only was it the most positive meeting I have had for ages but she was really kind to the staff serving us. That meant a lot to me.

I hope to work with her soon.

There’s a popular subgenre of books about writing known informally as “writer porn”, in which famous authors describe their daily routines, which pens they use and, especially, the secluded mountaintop cabins where they work each morning for six blissfully undisturbed hours. I don’t think I’ve ever actually met such an author, but for anyone whose job is even slightly “creative”, they stir envy: we’d all love such big chunks of time in which to focus. Instead, our lives are plagued with what the blogger Merlin Mann, at 43folders.com, calls “interstitial time” – small chunks of minutes spent waiting at the doctor’s surgery, or for someone who’s late, or for a meeting postponed at short notice…..

Oliver Burkeman: This column will change your life |
Life and style |
The Guardian

Are your presentations more Gordon Brown than Barack Obama?

At times of economic uncertainty, voters look to strong leaders to guide us out of our troubles. So with the eyes of the media and the nation on Gordon Brown’s recent keynote speech in Manchester, why did he deliver the presentation equivalent of the curling British Rail sandwich, rather than something more inspired? Former award-winning BBC TV reporter Alistair Macdonald takes a look at what we can all learn from Gordon Brown’s lacklustre performance.

Are your presentations more Gordon Brown than Barack Obama? – 01 Oct 2008

Our team becomes stronger by:

Displaying a positive attitude on and off the pitch
Everyone making the right decisions for the team
Have an unshakeable belief that we can achieve our target
Believe in the strength of the teamAlways want more – always give more
Focus on our communicationBe demanding with yourself
Be fresh and prepared to win
Focus on being mentally stronger and always keep going until the end
When we play away from home, believe in our identity and play the football we love to play at home
Stick together
Stay grounded and humble as a player and as a person
Show the desire to win in all that you do
Enjoy and contribute to all that is special about being in a team – don’t take it for granted

The 20 Biggest Online Time Wasters, and 6 Strategies for Beating Them | Dumb Little Man

It’s not the qualifications, the distinguished CV or the title that makes the leader, but what they do every day. David Kesby sets out the ten behaviours of a wise manager 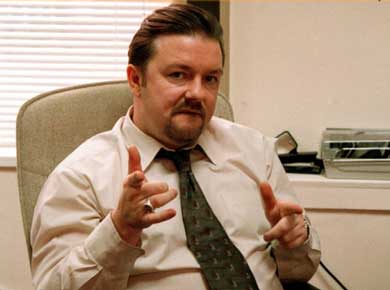 Workplace culture in the US and the UK might be different – but it seems some things are universal: including moaning about bosses.

A US-based global human resource consulting firm – Development Dimensions International – teamed up with badbossology.com, which describes itself as a bad-boss protection resource site, to find out leadership sins.

The survey also asked for the top three qualities people would like to see in their bosses – trust in employees topped the list followed by honesty and integrity with team building skills in third place.