A man has been reunited with his father after spotting him on television – five years after he thought he was cremated.

John Renehan’s father John Delaney went missing in 2000 and when a decomposed body matching his description was found in 2003 he was identified by a coroner.

But it has emerged that Mr Delaney, 71, of Oldham, had actually been put in a care home after being found wandering around the town with memory loss. 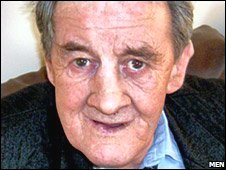 Health, wealth but not necessarily happiness

The Office for National Statistics has published figures on health, wealth and life satisfaction in Social Trends 38 (2008 edition), which this year takes the theme of societal well-being. Whilst the figures find better wealth and generally more wealth, the evidence is that these have not brought extra happiness. Between 1973 and 2006, people saying they were satisfied with the life they led fluctuated closely around an average of 86 per cent on the scale that ONS uses.

Although family life is still important, family structures are changing. Marriage is still the most common form of partnership, but in the last decade the proportion unmarried and cohabiting has doubled, and births outside marriage have increased with the majority now born to cohabiting couples. The proportion of children living with one parent has more than trebled over the past 35 years to 23 per cent in 2007.

We are recycling more than ten years ago, but the increase in the number of people living alone may be impeding the drive to be more energy efficient.

How we spend our free time is very much important in today’s society. The volumes of consumption for recreation and leisure, and for holidays abroad over the last three decades have increased eightfold.

Palgrave Macmillan publishes Social Trends 38 at £49.50 (ISBN 978?0?230?54564?9) but you can download the report free from the National Statistics website: www.statistics.gov.uk/socialtrends38

Does everyone sing from the same hymn sheet at your office? Have you got all your ducks in a row? Do you successfully leverage your core competencies? Or do you have too many chiefs and not enough indians, asks Giulia De Cesare? Join our campaign for plain words!

One of my keynote presentation’s is about the understanding young people – a challenging subject for us in the UK – this BBC report is food for thought…I remember a few years ago one senior policeman saying that ‘what was once youthful exuberance is now known as anti-social behaviour.’ Ouch.

The report says…
“The government is too quick to criminalise young people for petty offences where informal punishment could be more effective, says a report. Ex-Youth Justice Board chairman Prof Rod Morgan criticised an “extensive net widening” of the use of summary powers such as cautions and on-the-spot fines. His report for King’s College, London, urged assessment of the development.The report said some behaviour would be better dealt with informally”
http://news.bbc.co.uk/1/hi/uk/7580285.stm

Dad learned speaking from the front of the room.  No speaker school for him, just plain old-fashioned verbal and non-verbal feedback.

Twenty years ago a psychologist heard Dad speak and met with him after the program.  He commented to Dad that he used a lot of humour and asked him why.  Dad’s answer was he used the humour to regain everyone’s attention.  Hearing laughter around you makes you want to know what was said. The psychologist then told Dad that he told a joke about every seven minutes and wanted to know if it was purposely timed that way.  Dad said no, he was just responding to the room.

Dad’s communication skill is off-the-charts-effective because he intuitively knows how people want and need to be communicated with.

Succession planning in companies today is all the buzz.  Frustration is rampant because the Old Guard (those in control of the business usually 55 years old and up) and the young workers (under 35 years old) can’t seem to communicate.  Knowing the future of your success depends on growing young workers into business leaders means everything depends on being able to communicate with them.

Take a lesson from Dad. People choose their leaders, leaders don’t choose their followers.  Dad realised he had to keep the crowd engaged and it didn’t really matter if he liked or disliked how he had to do it.  He adapted because his passion was to make a difference in their lives.

Young workers today are more eager than ever to step in and make a difference in their company.  The reality is their attention span is no longer seven minutes!  Text messaging, e-mail, the Internet, multitasking, multimedia, and on and on, and you can see that young workers need to be communicated to differently.

You have two minutes to make a difference now.  How are you going to use it?

The business card of one of the many attorneys specializing in pension claims, circa 1895

Which card have you received that has really stood out from the crowd?

How much does the look of your business card matter to new clients?

I have received loads recently at networking events and I am really surprised at how many don’t even say what the person does!

I saw Mandela when he visited Leeds a few years ago, his smile was infectious even though he thought he was in Liverpool!

No. 1
Courage is not the absence of fear — it’s inspiring others to move beyond it

No. 2
Lead from the front — but don’t leave your base behind

No. 3
Lead from the back — and let others believe they are in front

No. 4
Know your enemy — and learn about his favorite sport

No. 5
Keep your friends close — and your rivals even closer

No. 6
Appearances matter — and remember to smile

No. 7
Nothing is black or white

No. 8
Quitting is leading too

Ultimately, the key to understanding Mandela is those 27 years in prison. The man who walked onto Robben Island in 1964 was emotional, headstrong, easily stung. The man who emerged was balanced and disciplined. He is not and never has been introspective. I often asked him how the man who emerged from prison differed from the willful young man who had entered it. He hated this question. Finally, in exasperation one day, he said, “I came out mature.” There is nothing so rare — or so valuable — as a mature man.