You are here: Home / Archives for leejackson

As you might know, I’m a comedy fan. I watch it online, on TV and live too. I’ve even been on five comedy courses now and I’ve done some standup myself. As a speaker, you’d think that it would be easy for me, right? But actually, standup comedy is very different to being a speaker. One of my mates who’s a pro comedian was joking with me that quite often speakers and preachers chat to him saying “we do the same job really, don’t we?”. I think he probably doesn't say anything, but to be really honest they are very different. 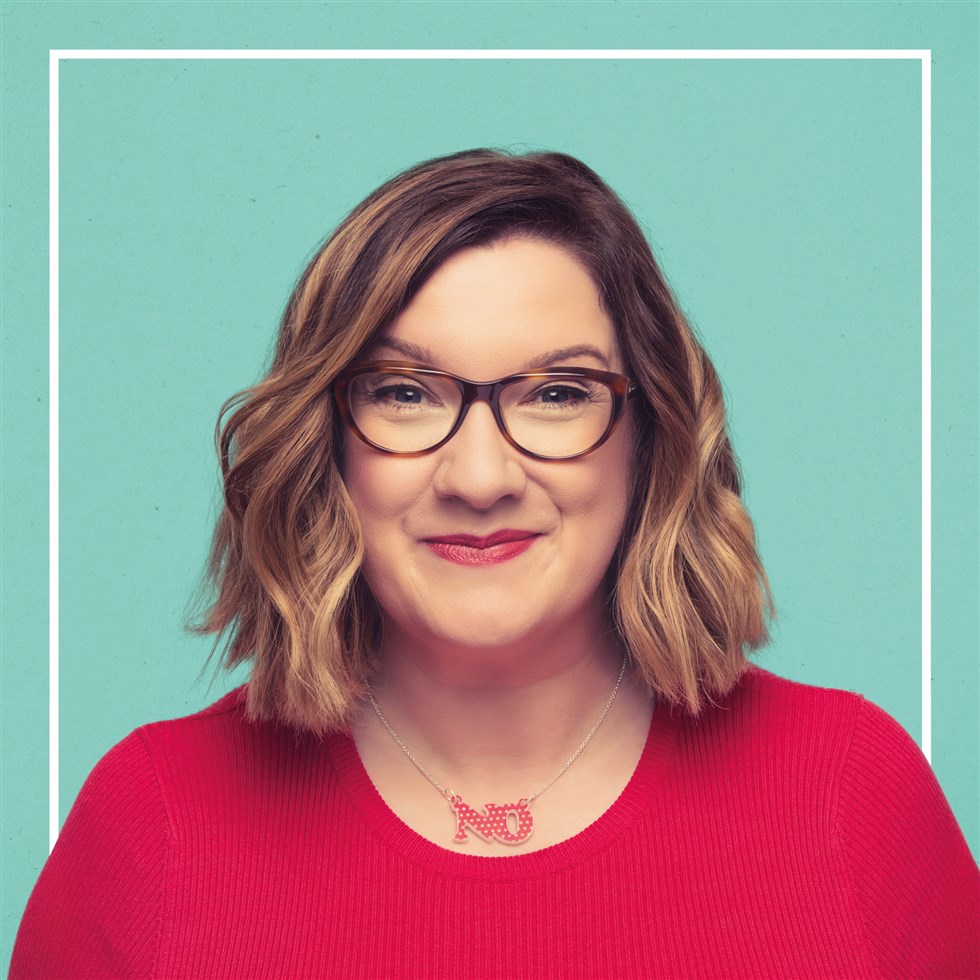 Comedy is like speaking on speed and it is often cited as one of the toughest things you can do, well, it’s not brain surgery or bomb defusing, but it is pretty tough. It is scary because, not only are people generally scared of public speaking but add to the mix that for stand-up the audience is sat there expecting that you’ll make them laugh every 10-20 seconds! When I’m speaking I aim for a laugh every 3-5 minutes, so every 20 seconds kinda piles on the pressure!

So, lots of people I’ve trained with are doing it to build their confidence and to push themselves out of their comfort zone. Our comfort zone is great, but we grow when we push ourselves out of it, like getting a new job or trying something new for the first time. As a speaker I just wanted to push myself to be better ‘in the moment, on stage’ and so stand-up comedy and improvisation courses are one of the few places I can go to stretch myself.

Lots of people try comedy, lots of people fail, there is a high drop out rate, almost as high as the drop out rate at the gym on the fourth week of January. So when people really make it in comedy, I like to find out more and learn a bit about their story. Sarah Millican is one of the big names in comedy right now. She has been on a long journey to get there. My friend who runs comedy nights for years said that she had slept on his sofa as she did the local circuit years ago, learning her craft.

Being from the north-east myself I've always liked to watch north-eastern comedians and when Sarah Millican hit the big time I thought she was great. She is cheeky, thoughtful and honest. As I started following her on Twitter I saw some articles on her, and about her: i.e. she does an amazing thing every Christmas helping lonely people by using the hashtag #joinin and people on Twitter support each other at a tough time of year for many. Brilliant.

But one of the things that I discovered about Sarah, could well be the secret to her success. She calls it ‘Millican’s law’. She developed this during long runs on the Edinburgh Fringe where she was doing dozens of comedy gigs back to back.

If she has had a bad gig, she only allows herself to be mad, moan, wallow and be angry until 11am the next day. Then she draws a line under it and gets on with the next gig. Because if she goes into a new gig thinking she’s terrible then, of course, she’ll probably fail again.

But there is another side to it too…

Even if she nails it, storms it, does well or even gets a standing ovation. She only allows herself to be smug until 11am the next day. Then she draws a line under it and gets on with the next gig. Because, she says that if she goes into a new gig thinking she is God’s gift to comedy, she’ll lose her sharpness and her focus and she’ll probably fail.

She says that this little law, has made a real difference to her. It has helped her move on from life’s up’s and down’s. 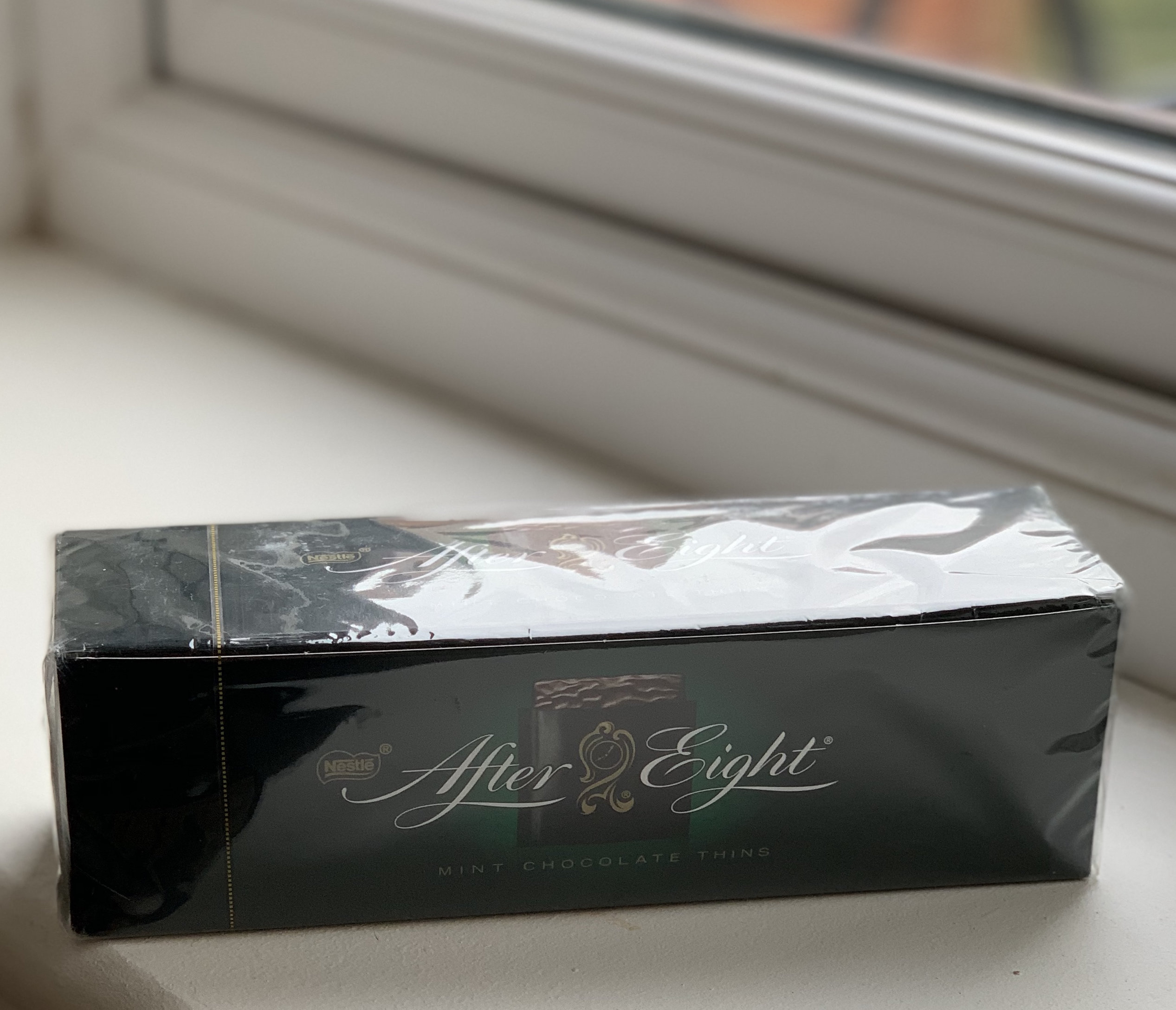 But because Sarah is a comedian and they live fairly nocturnal lives, getting home in the early hours and getting up late - then 11am works for them. But for us who have day jobs we need to move that forward to 8am.

So Millican's Law has henceforth become the ‘After Eight’ rule.

Yesterday was yesterday, and whether it was a bad day or a good day, today is a new day, with new opportunities.

Don't live in the past, embrace the present and learn to move on.

Well, at least by 8am, just so we can moan a little but then get our heads straight for when we walk into work!

Let me know how you get on with the ‘After Eight’ rule (not just the chocolate!). It could be a life-changer.

Thank you for journeying with me over the last 10 years 🙂

This weekend only! From Friday 6th April to midnight Sunday 8th April 2018 grab a bargain…

Get Good At Presenting: The No-nonsense Guide To Authentic And Engaging Public Speaking on ebook (epub)

(Use the code on the page below)

Getting Your Teenager Through Their Exams

PowerPoint Surgery: How to create presentation slides that make your message stick Did you know that knowing lots of people can be bad for our health?!

Research says that on average we all know about 150 people. We have 3-5 close friends/family, then 15 people who are quite close to us, 50 people who are acquaintances and finally a large group who we know a bit and we just wave to in the street!

When I first started my job as a pro speaker I used social media to grow my business as I still do now. But in the early days of self employment it can be very quiet! You don’t get as much work as you’d like, as things have to grow and the word about you has to spread. So for me it became bad for me to see what I thought was that every other speaker and trainer I knew was working and I wasn’t! They all seemed to have bigger and better clients than me too. I think it really got to me for a while and certainly de-motivated me at times. It wasn’t good for me. So I made a few decisions and reminded myself that I was not seeing the world as it really was. Not everyone was working every day but because I followed 200 other speakers there would be always someone working but maybe 185 of them weren’t! But people rarely say online that they are doing nothing (unless it’s the old double hot dog leg shot from a foreign beach somewhere!).

When you have a “gig” based job like mine there is lots of marketing to do and contacts to make but there is also a part of my job where I’m waiting for the phone to ring or an email to arrive out of the blue. It’s just part of what I do. So I do still play the numbers game for business purposes but I also know that personally I should meaningfully connect to less, not more people and we should all of course choose those people very carefully.

We are designed to have a few really good friends not hundreds of vague acquaintances that always seem to be having more fun than us!

Don’t compare yourself to others

Watch the numbers that you connect with

(have an occasional cull and remember on Facebook you can stay ‘friends’ with people but ‘unfollow’ them and they will never know!)

Let’s learn to live a deeper life with fewer people rather than a shallow life with hundreds online.

Lee’s Education publisher Collins published this free guide written by him and put it into WHSmith and Waterstones for parents to takeaway – you can grab it free below too – no strings attached – just click the link, the cover or just “save as”…

Here are some of Lee’s free youtube videos for revision and exams too:

Speakers Talking About Speaking – Episode 1 with Lee Jackson and guest Hannah Kennedy-Jackson. Want to to be a professional speaker? Want some great advice from the best speakers in the business? Subscribe to Lee Jacksons program speakers talking about speaking – http://leejackson.biz

Speakers Talking About Speaking – Episode 3 with Lee Jackson and guest Richard McCann (Part 2). Want to to be a professional speaker? Want some great advice from the best speakers in the business? Subscribe to Lee Jacksons new program speakers talking about speaking http://leejackson.biz

Speakers Talking About Speaking – Episode 2 with Lee Jackson and guest Richard McCann (Part 1). Want to to be a professional speaker? Want some great advice from the best speakers in the business? Subscribe to Lee Jacksons new program speakers talking about speaking. http://leejackson.biz

Speakers talking about speaking Episode 4 with Lee Jackson http://leejackson.biz and guest Alan Stevens http://mediacoach.co.uk This time we are talking about story. How important is story to speaking? What is a story and how do you craft one well? Alan answers these questions and much banter on Speakers Talking About Speaking Episode 4!

Filmed in a quiet moment at the first ever European Speakers Convention in Antwerp, Belgium. Lee asks John to explain neuroscience for speakers. What do speakers need to know about the human brain in order for us to engage an audience better? How do combat nerves and what does the brain do when we are stressed out?

Want to to be a professional speaker? Want some great advice from the best speakers in the business? As part of my role as PSA UKI President I’ve started a series of interviews with successful speakers in the PSA, GSF and beyond. No selling just good info for speakers new and experienced, I hope they help… Subscribe to Lee Jacksons new program speakers talking about speaking – https://www.youtube.com/playlist?list…

Speakers talking about speaking Episode 6 with Lee Jackson and John Hotowka FPSA PSAE. Successful speaker John Hotowka shares his background, his journey and most importantly his top tips for speakers wanting to get ahead in the speaking world. Get real world marketing help and practical tips right here.

Want to to be a professional speaker? Want some great advice from the best speakers in the business? As part of my role as PSA UKI President I’ve started a series of interviews with successful speakers in the PSA, GSF and beyond. No selling just good info for speakers new and experienced, I hope they help… Subscribe to Lee Jacksons new program speakers talking about speaking – https://www.youtube.com/playlist?list…